Sync Canada – Quebec was the second Sync programme to take place in Canada following the completion of the Sync Canada – Ontario programme in 2020. The programme combined a 5-day intensive with one-to-one coaching, supporting participants to connect, network, and develop their unique leadership potential. In light of COVID-19, adjustments were made to move the programme entirely online. The programme was conducted virtually in English and French with access and interpretation provided to meet participant needs.

To learn more about outcomes from SyncCanada - Quebec, read the Sync Canada/UK Zine here or download a PDF version (found at the bottom of this page). 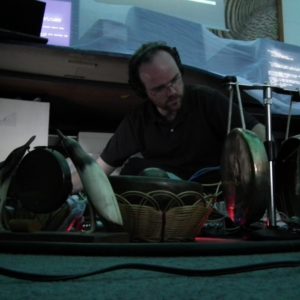 Charles Matthews is a musician and creative technologist with a focus on access.  As an artist, he primarily works with combined light and vibrations (see for example: Light Recorders, Augmented Gamelan, and Jo-Anne Cox’s Defiant Journey).

Charles has worked closely with UK-based organisation Drake Music for several years, developing, amongst other things: a custom guitar with musician John Kelly called the Kellycaster, an outdoor installation featuring digital instruments with a variety of sensors, Planted Symphony, and a musical Lazy Susan, designed to encourage turn taking in classrooms.

Charles is currently developing the Haptic Baton with Human Instruments, and has created an open source framework called instrumentmaker.org, which forms the basis of workshops in collaboration with Montreal-based musician Gift Tshuma through their project Blurring the Boundaries. 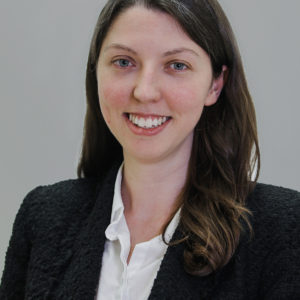 Charlotte Jacob-Maguire is the Accessibility Coordinator at the Musée d’art contemporain de Montréal (MACM) and a person with disabilities. She hopes to develop and refine her leadership practice through Sync

She is a part of the Expertise Committee for the City of Montreal’s working-group on universal accessibility and ableism, the Accessibility Committee of Elections Québec and the Under-Committee for Persons with Disabilities and Against Ableism for the City.She holds an MSc in Visual, Material and Museum Anthropology from the University of Oxford. 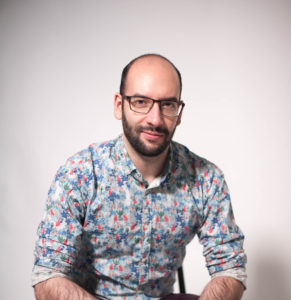 Connor Yuzwenko-Martin has nurtured a lifelong passion for theatre and accessibility, beginning in grade school and continuing into his young adulthood with his first major stage debut as Billy in Tribes at the University of Alberta Timms Centre. More recent work includes serving as the Deaf Consultant for Concrete Theatre’s production Songs My Mother Never Sung Me (2019) and various roles in Canada’s only Deaf arts festival Sound Off (2017-19).

In June 2020, Connor premiered his first independent performance, The Invisible Practice, during Nextfest’s online 2020 season. He considers this to be the beginning of a new journey into interdisciplinary art with a focus on symbology and ASL poetry.Connor partners with many local and national organizations such as CRIPSiE and Edmonton Fringe to consult and act upon accessibility and inclusion initiatives. Currently he manages the social media streams for Deaf Spectrum, Canada’s fastest-growing Deaf-owned business. 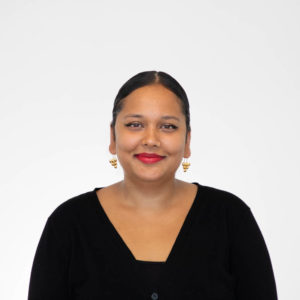 Growing up as a Deaf Guyanese/Canadian, Gaitrie Persaud always had a passion for music & performance. She believes you don’t have to be hearing to enjoy music – music is already within you, it is the natural rhythm of our being.

Her close-knit family influenced her relationship with music; she & her hard-of-hearing brother would attend family gatherings with traditional music & dance. They would sign the lyrics & move to the bass, feeling it within their bodies.

As an artist, she has worked with multiple hearing performers creating accessible performances, recently alongside Rosina Kazi of LAL, Christopher Corsini of MDL CHLD (live showcases) and collaborating with an Australian Musician to create Accessible Videos. She is gaining popularity and has been recognized as the top emerging Deaf musician in Canada. Creatively translating lyrics into accessible movement, spoke at Montreal’s POP Music Festival alongside panelist/activist Deaf Rapper Matt Maxey of Deafinitely Dope.

She owns her own company which is called PHOENIX THE FIRE. 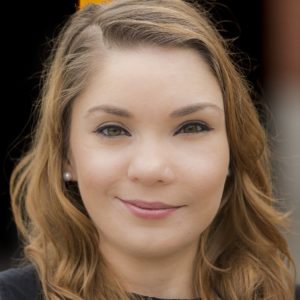 Maxime D.-Pomerleau is a multidisciplinary artist living in Montreal. She became known to the media through her alter-ego Batwheel in 2013. Also, an actress, she has played in theatre, short films, TV series and is currently developing her first projects in filmmaking, exploring the form of documentary.

She’s one of the main performers of inclusive dance company Corpuscule Danse since 2014, and has performed independently for various creators, having worked with artists in Canada, France, Germany and Mexico.

Her personal artistic approach questions the presence of the [a]typical body in media and cultural spaces. Regularly invited to roundtables on diversity and inclusion in culture, she collaborates with the Conseil québécois du théâtre, Diversité artistique Montréal and Modern Times Theatre in Montreal and Toronto. Cultural journalist since 2007, Maxime is (sometimes) a radio columnist or blogger, and advocates for access to culture for all. 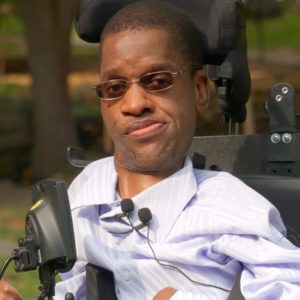 Paul is also an accessibility consultant at Pluri, an organization geared towards social justice. Paul’s role at Pluri was to create a list and map accessible night life spaces in Montreal.

Alongside his brother, he started United Tribulation Choir, a gospel choir focussed on sharing their faith and telling their life story. The availability of technology has allowed him to compose, arrange, record and teach singing. 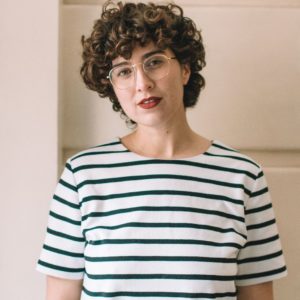 Renée Yoxon is a queer, non-binary, and disabled singer, songwriter, and teacher. Renée has over ten years of vocal coaching experience, has released four full-length albums, and has received multiple awards and recognitions. They are the founder of the Right to Sing Award, a scholarship program designed to provide free voice lessons to trans and disabled singers. 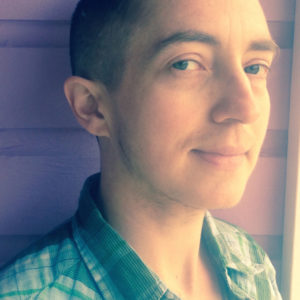 Seeley Quest is a trans disabled writer, performer, dramaturg, organizer, and environmentalist, in Montreal since 2017.

Working primarily in literary and body-based composition, and curation, sie presented actively in the San Francisco Bay Area 2001-14, with the Sins Invalid project 2007-15, and has toured to Vancouver, Toronto, Ottawa, and many U.S. cities.

Sie has facilitated Montreal workshops on disability with QPIRG McGill and the Access in Praxis conference, and at arts festivals outside Montreal.  A white person with mixed class, gender, and medicalized experiences since childhood, sie loves connecting audiences for co-learning and social action.